Looking for something to do in Telford? Whether you're a local, new in town or just cruising through we've got loads of great tips and events to offer. Find out what’s on in Telford with our regularly updated events calendar featuring the best upcoming events in Telford and the area.

This guide lists events at a glance, showing what’s on each month. See the highlights of What’s On for Telford, featuring the best of things to do in Telford – Live Music and Gigs, Family Events, Art & Culture, Food & Drink and much more. Telford fundraisers and charity events. 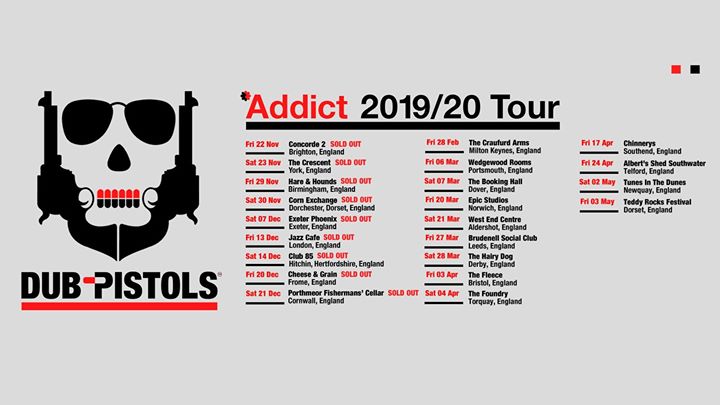 2020 is going to be off the chain for the Dub Pistols.

With a new album (‘Addict’) slated for release later in the year, a documentary and even their own festival, Barry Ashworth’s merry gang of outlaw reprobates are simply unstoppable.

The Specials and the 2-Tone movement brilliantly reflected the multi-racial nature of the UK’s inner cities back in the day. The Dub Pistols are like a 21st century equivalent —a riotous collision of drum & bass, hip-hop, ska, dub and punk.

One of the most exhilarating live bands on the circuit, these festival favourites have survived international terrorism, inter-band warfare and the wheels falling off their operation numerous times. Now a slickly drilled outfit, they’ve nevertheless lost none of their kick-ass vitality and renegade edge wherever they rock up to play.

If you have an event, that you would like to be featured on our Events Calendar, please visit Free Event Listing.