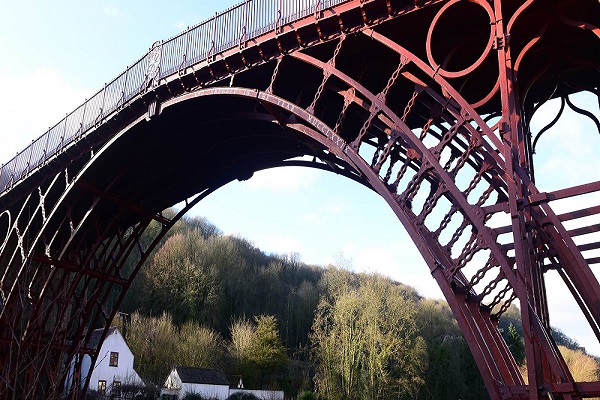 Start your visit absorbed in the detail of a massive model of the river valley, spot landmarks including the Iron Bridge in 1796. Take in stunning views of the Iron Bridge and River Severn from the quirky Lady Chapel and be transported through Iron bridge’s history with a fascinating short film.
The world's first iron bridge was erected over the River Severn at Coalbrookdale in 1779.
This now world-famous industrial monument gave its name to the Town that grew around it and to the spectacular wooded gorge that was the birthplace of the Industrial Revolution. 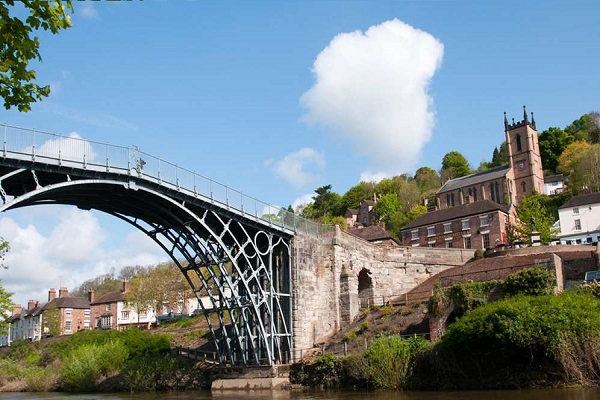 The Ironbridge Gorge lies within the Coalbrookdale Coalfield, a region richly endowed with minerals, coal, iron ore, limestone, sand, and useful clays. In the reign of Queen Elizabeth I local landowners began to exploit coal on a large scale. After 1600, wooden railways were built to carry coal from the mines to the banks of the Severn. Potters, salt boilers, tobacco pipe makers, lead smelters, glassmakers, blacksmiths, rope makers, coopers and basket makers made their homes along the slopes of the Gorge. Human skills were added to the mineral resources of the district. By 1700 there were several furnaces and forges in the area. All employed water power to work their bellows and used charcoal as their fuel.

Jackfield was once at the very heart of British tile production and here you can see why. Walk amongst the very best examples in-situ at a recreated pub, tube station, church and more. See stunning friezes, epic story-telling panels and a world-class gallery dedicated to British tiles. 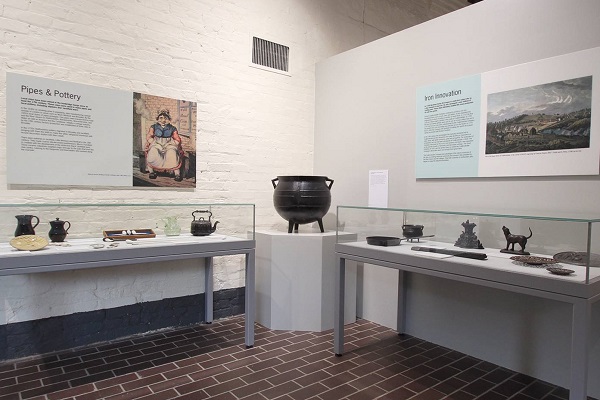 You’ll be amazed by the spectacular treasures made in these quirky buildings – from elaborate statuesque vases to hand-painted miniatures, they were made for everyone from wealthy families to Queens and Tsars. See traditional techniques in riverside workshops, dress-up in the Children’s gallery and step inside the atmospheric kilns.

Is iron the greatest material ever made?
Find out how iron, and particularly Coalbrookdale iron, changed the course of the world. See stunning exhibits, exquisite art castings and functional cookware all made from iron. Discover more about comic book art in our great free exhibition in the Coalbrookdale Gallery - open daily.