The tranquil ruins of Wenlock Priory stand in a picturesque setting on the fringe of beautiful Much Wenlock. An Anglo-Saxon monastery was founded here in about 680 by King Merewalh of Mercia, whose abbess daughter Milburge was hailed as a saint. Her relics were miraculously re-discovered here in 1101, attracting both pilgrims and prosperity to the priory. 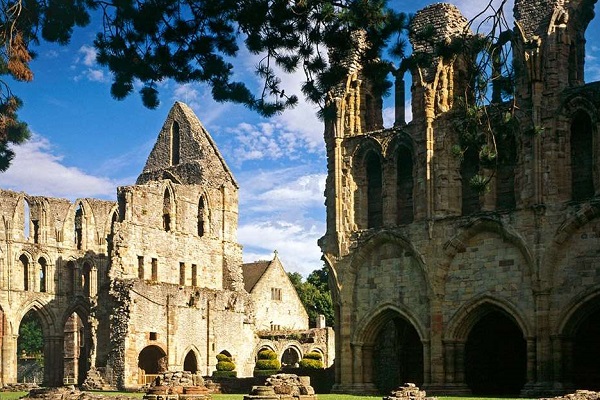 By then Wenlock had been re-founded by the Normans as a priory of Cluniac monks. It is the impressive remains of this medieval priory which survive today, everywhere reflecting the Cluniac love of elaborate decoration.

Much Wenlock was also the home of Dr. William Penny Brookes (1809-95), originator of the still-continuing Wenlock Olympian Games, a major inspiration for the modern International Olympics.